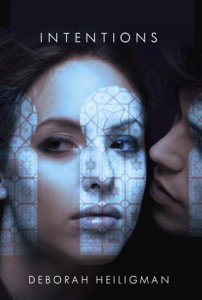 Though she’s been writing for a long time, the first book I read of Deborah Heiligman’s was Intentions, which won the Sydney Taylor Book Award for Teen Readers last year. If you’ve read it, you know how different it is from the second book of Deborah’s I read, The Boy Who Loved Math. The contrast made her a perfect candidate for my genre-jumpers blog meme, and she was gracious enough to answer my questions here:

ME: Which came first: Chicken or egg, picture book or novel, fiction or nonfiction? 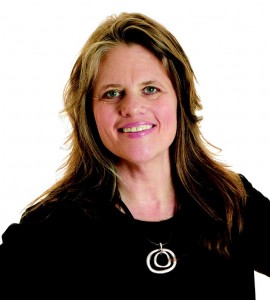 DEBORAH: Ah. Well. Interesting question. I guess if you are talking professionally… nonfiction came first, but fiction was always there. I started out writing professionally right out of college. I worked for a Jewish magazine called Moment Magazine, which was then in Boston. I also had a college paper (about the writer Cynthia Ozick) published in a journal. Then I moved to New York and did my first writing for kids at Scholastic News, where I mostly wrote and then edited news stories. But I fondly remember my first published play, a humorous little piece for fourth graders called “The Princess and the Peanut.” (Not so sure I want to go back and reread it!) My main job, though, was writing about difficult subjects for kids–in small amounts of space. Pesticides, nuclear war, etc. for 4th, 5th and 6th graders –200 lines at 45 characters! (Numbers approximate, just from memory.) But when I left Scholastic after my first son was born, I freelanced.

After publishing articles in some kids’ magazines (3-2-1 Contact, eg) and Parents Magazine, Ladies Home Journal, etc., I woke up from a nap one day and had a picture book in my head. I wrote it down, worked on it, and that became my first published book, Into the Night. It was a rhyming picture book with lovely illustrations by Melissa Sweet. It went out of print in about three seconds, and remains the favorite book of many people in my family, which, honestly is not such a good thing. If I could just get it back in print, I think my sister and I could move on. 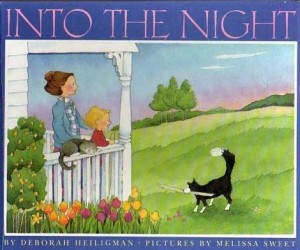 Deborah: My second and third books were both nonfiction, a biography of the Nobel-prize-winning scientist Barbara McClintock, and a nonfiction picture book, From Caterpillar to Butterfly. From then on I specialized in nonfiction, though I sneak in fiction now and again–picture books, early chapter books, and so far one novel.

ME: Are you a one-project-at-a-time person, or do you mix it up? How easy to you find it to go back and forth between different forms?

DEBORAH: I actually like it when I can be working on more than one thing at a time. But I’ve discovered that it’s best if I have one main thing, and work on something else on the side. And usually one fiction, one nonfiction, one long, one short. So while I was writing Charles and Emma [ed. note: a story about the Darwins that was a finalist for the National Book Award], I wrote Cool Dog, School Dog. In fact I wrote the first draft of Cool Dog on a waterproof notebook in the shower. Honest.

(ME: As someone who thinks all good ideas come in the shower, I am about to go shopping for a waterproof notebook.) Are there themes or places that you tend to explore, both in your writing for your readers and your writing for older ones?

DEBORAH: I think a theme I explore over and over again is connection–human connection. If I had to come down with a phrase that was ME, it would be “only connect.” Now is that true for every book? I don’t know. Probably not… It was true for Charles and Emma, and is true for my WIP, which is about Vincent van Gogh and his brother. The Boy Who Loved Math is definitely about connection, but it’s also about finding your place in the world. The theme for Intentions was how you come to terms with the grayness of the real world, leaving the black-and-white world of childhood. But of course Rachel does that by disconnecting and then connecting.

ME: What age group do you enjoy writing for the most? If you can’t choose (I know I can’t) tell us what you like/don’t like for each form.

DEBORAH: I really love all age groups. I think they’re all hard, and all fun, and all special. The group I haven’t written for enough lately, I think, is middle grade. I started out writing for fourth graders at Scholastic News, and I miss them! Of course with littler kids, especially when writing nonfiction, the hardest part is that moment when you realize: oh wait. I can’t use that phrase or refer to that era.. But I love that. I love the hard stuff. And the puzzle of how to make something understandable at any age. When I wrote Intentions, which was my first YA novel, I was really happy to be able to write romance (i.e. sex). But I most love writing about difficult and unexpected subjects for all ages. (ie high level math in a picture book!)

But I’d say at the moment the question I could answer more easily is about what is easy and hard about fiction vs. nonfiction. When I’m writing nonfiction, I LONG to be able to make stuff up. And when I am writing fiction I LONG to be able to do research! While I can do some research in fiction, of course, I can’t make anything up in nonfiction! So right now, because I’m deep in a complex nonfiction project, I think longingly of fiction. Ask me again when this is done and I’m working on a novel….

ME: What has writing in one format taught you about the other?

DEBORAH: Writing Charles and Emma, which was nonfiction, taught me how to finally, after two decades, write Intentions. Writing a novel is informing my current WIP on the van Gogh brothers, which is YA nonfiction. I wish I could be more specific, but I just know that the more I write, and the more I write in different genres, the more I learn about each genre.

ME: Is there a genre you’d like to try that you haven’t tried yet?

DEBORAH: I’d love to try historical fiction. It seems like a good merging of what I do. Probably middle grade. In fact… I’ve gotta go….I’ve gotta finish this book so I can….

Yes, hurry! We can’t wait to see what’s next. Thanks, Deborah, for stopping by.