Last October, I went to the library and made a bunch of new friends. I could wax poetic and talk about books, and how books become your friends, and how they’re always waiting for you at the library, but this post is about people. Librarians. Teens. And authors, actually. Friendly, supportive authors who wrote the books (and then the books became friends, too — there! Whew…I knew I could make that work.)

The event I attended was called Teen ’13, and the idea was to get a bunch of teen authors in Virginia together in one place, for one night, and have them talk books with each other and with a teen audience. People buy local eggs and listen to local music. We wanted people to know that they could read local, too.

Meg Medina (have you met Piddy yet?)  and A.B. Westrick (or Shadrach?) came up with the idea for Teen ’13, and followed through to make it happen, along with the amazing librarians at the Richmond Public Library. The high school jazz band played. Writers, teens and librarians mixed and mingled. Meg and Anne wanted it to become an annual thing, so it gives me great pleasure to announce that on October 16th, near the end of Teen Read Week, we’re doing it again.

Meg and Anne have passed the torch over to me and Kat Spears, whose debut novel SWAY will be out soon. Our main goal with Teen ’14 is not to break anything. We’re back at the Richmond Public Library and like last year, there will be two rooms: one for middle grade fiction and one for young adult. The audience can move from one room to the other, so they can hear what each writer has to say. And in between, there’s enough time for chatting so that the writers can hear what the kids have to say.

So mark your calendars! Save the Date!

If you’re an author who lives in Virginia, is traditionally published, has a YA or MG book coming out in 2014 (before Oct. 16) and you’d like to be part of this casual, fun, feel-good event, please give me a shout. 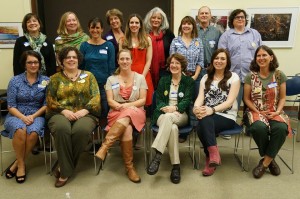 (Most of) the crew from Teen 13 Photo by Patty Parks 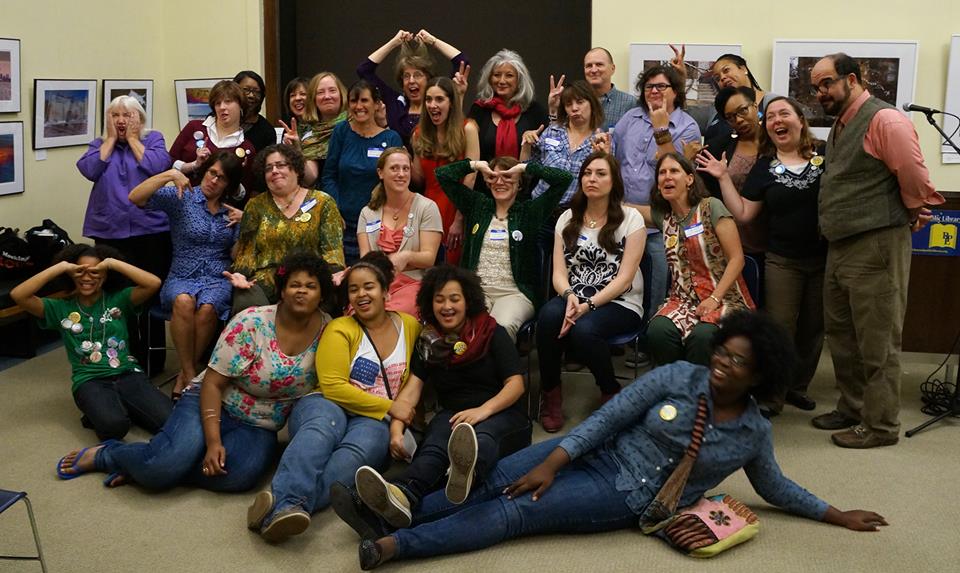