How to Behave at a Dog Show: Live and In Person

I was in New York for a quick family visit last weekend. We celebrated a birthday and ate about a zillion bagels and duck soup with home-made noodles. We also headed out in 2-degree weather (“coldest day in New York in 22 years”) to Pier 92 to see the Westminster Agility Trials.

In my book, HOW TO BEHAVE AT A DOG SHOW, Rexie has his own, Rexie way of doing things once he enters the ring. The same was true here. Some dogs raced through the course. For others (Marge and Jerry!) it was more of a stroll. Some barked, tails wagging. Some were silent, concentrating. My favorite competitor was Twinkie, who sat down in the middle of the timed event to scratch an itch. I also loved the dog who stopped, during the finals, to nibble his handler’s pants. Rexie thoroughly approved. We also liked Keebler, the rescue-Corgi who won the 12″ category. The agility trials also allow mixed breeds, each labeled “All American Dog.”

The event included a meet-the-breed component, where I fell in love with the Swiss Mountain Dog. We approached each pooch slowly and gently, like the instructions suggested. And we learned a lot, for instance: these Shih Tzus are brushed for 40 minutes a day. Each. 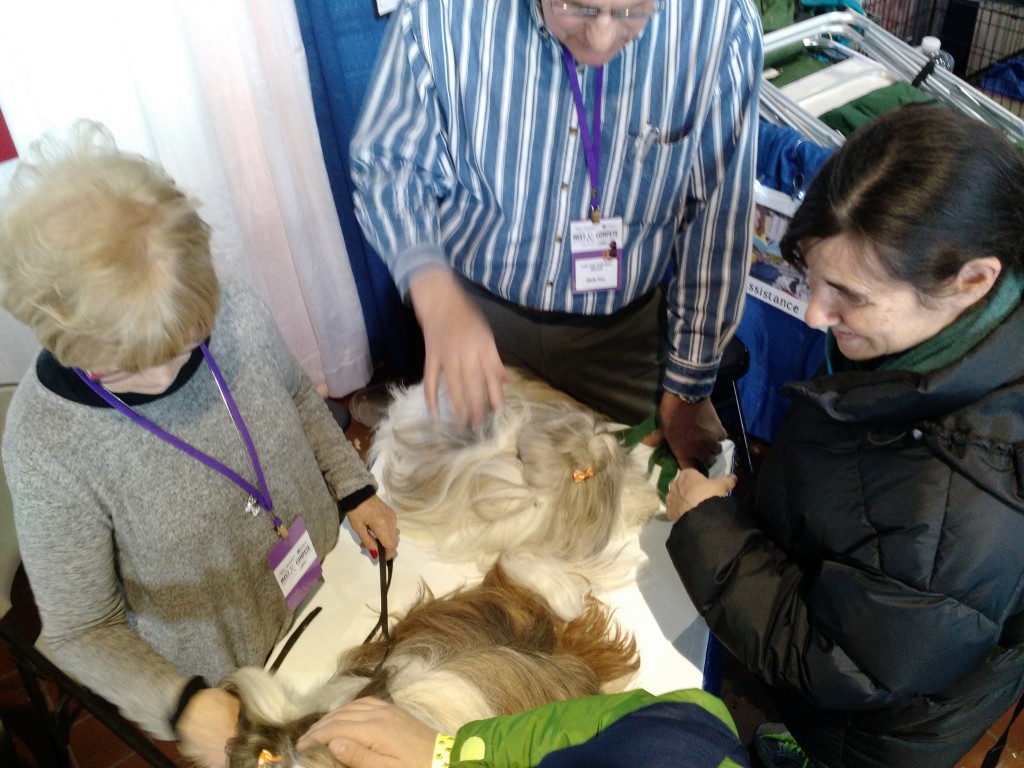 We admired these floral designs (more detail if you follow the link) : 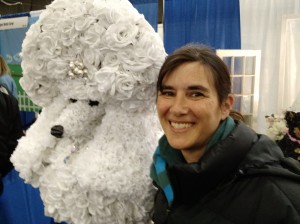 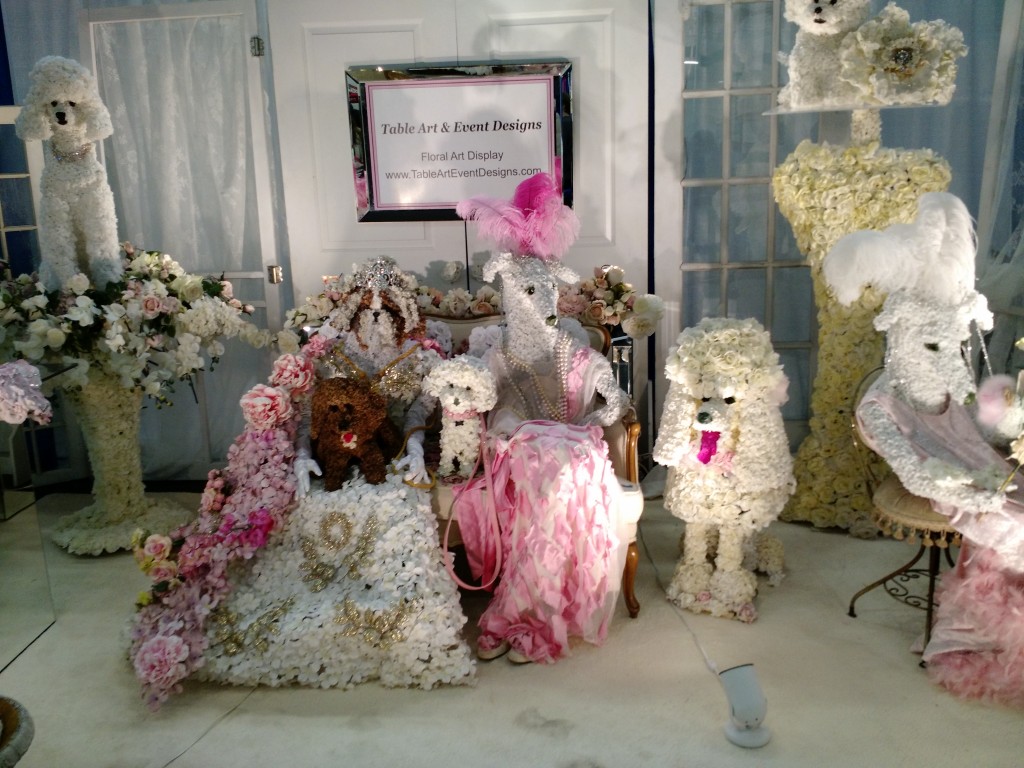 And we cheered some more: 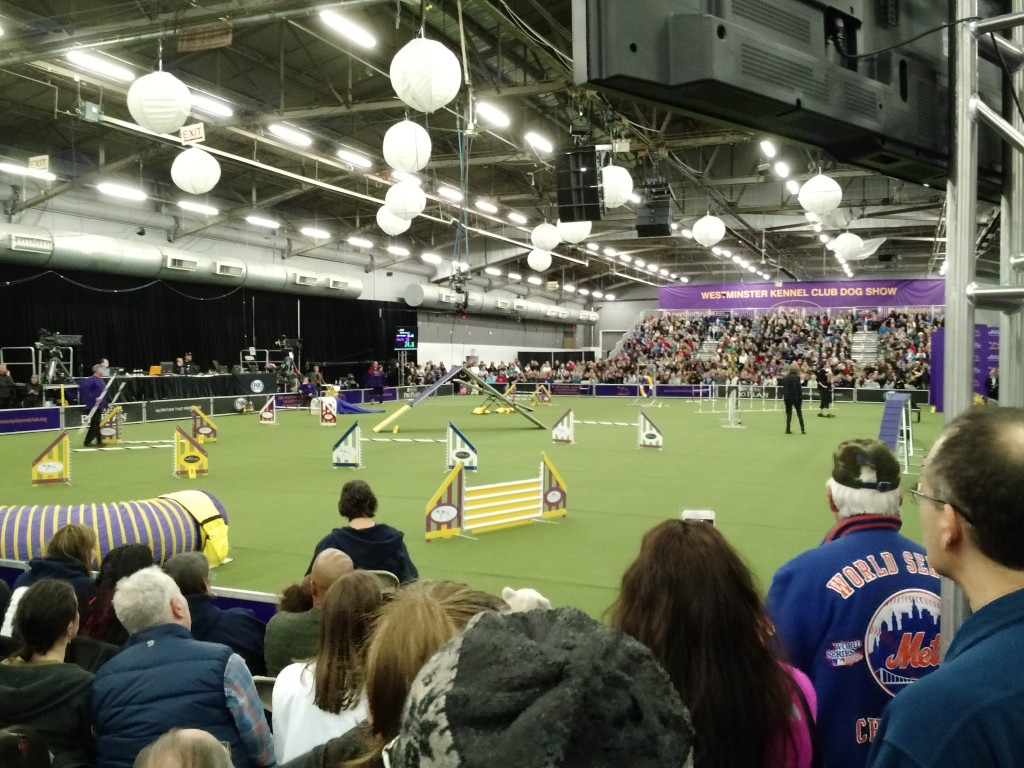 I love how there’s a one-line elevator pitch for each breed. There was a banner over the Great Danes, for instance, that said: Great Danes: The Apollo of Dogs. In Fredericksburg, where I talked to breeders while I was researching dog shows (and learning how to behave), I heard things like:

“These were the dogs that were on the pyramids.” (Mexican Hairless)

“In some cultures, this dog is considered holy.” (A Cavalier King Charles Spaniel, who had a spot in a perfect circle right in the middle of her forehead.)

There was also a dog whose claim to fame was “Odorless!” (but I have to dig out my notes to remember which breed.)

The snack of choice at the Westminster event? Hot dogs, naturally. Though for a vegetarian option, I recently saw this lovely poodle made out of broccoli. (I’m pretty sure that’s on our dinner list for tonight when we tune into the finals of the Westminster Kennel Club Dog Show. Remember that no matter who is designated “best,” the real best is likely living in your house, right now, about to gnaw up the couch.

Enter my Goodreads Giveaway for a chance to win a copy of HOW TO BEHAVE AT A DOG SHOW or order it online or through an indie bookstore near you. (If you order this week, send me an email with your mailing address and I’ll send you one of my new HOW TO BEHAVE bookmarks.) 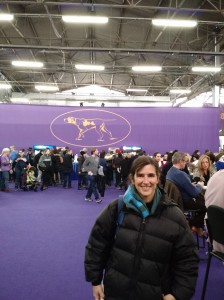 This entry was posted in dogs, how to behave at a dog show. Bookmark the permalink.

3 Responses to How to Behave at a Dog Show: Live and In Person