I started jumping from picture books to other kid-lit genres due to curiosity, an itchy typing finger, and knowing that what I needed to say would sometimes take more than 500 words. It was not what I’d call a stroke of marketing genius (“So glad you like Schmutzy Family! Come back in 10 years for Dream Boy!”) But I had to do it, and I got curious about other writers who jump around, too.  Thus, I decided to start this occasional feature about genre jumpers. (Think about it, International Olympic Committee…) 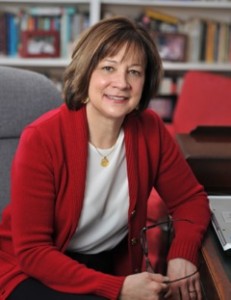 I’m starting by talking with Sarah Sullivan, whose debut novel, All That’s Missing (Candlewick), follows 11-year-old Arlo as he evades a social worker and travels 350 miles to piece together his family’s past — and future. Before she published her middle-grade, Sarah published picture books, including Passing the Music Down (near and dear to me and all lovers of traditional music), Root Beer Banana, Once Upon a  Baby Brother, and Dear Baby, Letters from Your Big Brother. A native of West Virginia, Sarah’s in the process of moving across the border to Va., just an hour or so from Tappahanock, a place that inspires her writing. Thanks, Sarah, for answering my questions!

When did you write your first picture book?

My very first stab at it?  Around 1990, I wrote Dear Baby:  Letters from Your Big Brother and sent it off to a few publishers whose names I had found in Children’s Writers & Illustrator’s Market.  After promptly collecting my rejection slips, I put the manuscript away and went to work on a middle grade novel.  When my husband and I moved to a smaller home in 1992, that manuscript went into mini-storage where it remained for 7 years.  When we were finally able to empty out our mini-storage, I started to throw Dear Baby in the trash bin.  But, my husband yelled, “Wait a minute,” because, by that time I had sold my first picture book, (Root Beer and Banana).  “You have an editor now,” he said.  “You should at least send it to her.” So, I sent Dear Baby to my editor.  And she loved it.  And, with some minor changes in the text and the addition of Paul Meisel’s inspired art, it became a book.  Amazingly, it’s still going strong.  Moral of story?  Do not throw old manuscripts away!

(*Note: Paul Meisel illustrated Schmutzy, too. Like Sarah, I am a member of his fan club.)

When did you start writing your first novel? 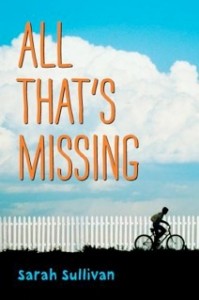 Well, here’s a long story.   I wrote a middle grade novel in 1991 and sent it off to 3 or 4 publishers.   This time I received a couple of “nice” rejection slips.  And, SURPRISE OF ALL SURPRISES, I received a response from one big publishing company which said, “The story you have sent to us for consideration has been recommended for a second/third read.  We will contact you again as soon as possible.” That letter was dated July, 1991.  I waited until February 27, 1992 when I received a second letter, telling me that my novel had been through “quite a few readings by the editorial staff.”  It said that the editors had “thoroughly enjoyed” my novel and that it had “well-formed and likeable characters,” BUT they passed on it.  And so, I put that manuscript away and my life promptly turned into chaos for about 5 years.  There was a lot of serious illness and loss.  Somehow, around 1997, I managed to write a second middle grade novel which I entered in the 1998 Bantam Doubleday Dell Marguerite de Angeli contest.  My novel was a finalist in the contest.  They had no winner that year.  Again, I received a lovely editorial letter, inviting me to revise my manuscript and submit it again.  At the time I did not have the emotional fortitude to revise a novel, though I did try very hard.  Ultimately, going to Vermont College is what saved me and set me on the track to writing the novel that would be published.

Are you a one-project-at-a-time person, or do you tend to mix it up? How easy is it for you to go back and forth between forms?

I always have more than one project going, though some of them may go into a dormant pupal stage for a long time.  Once I have a strong first draft of a story, I tend to become obsessed with it.  At that point, I tend to focus on that one project, though I am still doing things like book reviews for my local paper and writing workshops in schools.

These days I focus mainly on middle grade fiction. With any project, I find there are distinct stages.  First you have the idea in your head and it seems glorious and exciting.  You imagine a marvelous creation.  Then you begin writing and, with a novel, for the first 20 pages or so, the enthusiasm continues.  Then, the initial glow begins to fade.  The project becomes work.  You are not certain what comes next.  You probably know where it ends, but what happens in between the beginning and the end is a complete mystery.  There’s a huge temptation to switch to another project.  J.K. Rowling says something to the effect that, (and I’m probably butchering her quote), beginning a novel is one thing.  Finishing a novel is an entirely different matter.  I couldn’t agree with her more.

Are there themes or places in your picture books that you tend to explore again in your novels? If so, talk about some of the differences in the way they come out.

The overriding theme I tend to explore is finding your place in the world and figuring out how much your family shapes you and how much you form your own personality, moral outlook and values.  And I know that this obsession comes out of my own experience.

Picture books or novels? Do you have a preference? Or if you can’t choose, tell me what you like/don’t like about each form.

I love both forms, but I feel much more comfortable writing novels.  The picture book format seems to be in constant flux.  There are exceptions, of course, but knowing how quickly tastes and styles change makes it exceedingly difficult to write a picture book, since the time line from manuscript to finished book is at least 2 years.  Also, the main trick to writing a picture book is getting the idea and, for me, getting that idea is UNBELIEVABLY difficult!

What have your picture books taught you about novel writing?

That’s an interesting question.  I suppose they have taught me about plot.  In writing a picture book, you need to think about what happens on each page spread, so that the illustrator will have something to draw.  That helps me think about action and moving the story forward.  Plot has always been my weak point.

What has your novel taught you about your picture books?

Conversely, I think that when I go back to picture books now, I am more conscious of how to use the page turn.  It’s the unique feature of the picture book.  It automatically moves the story along and, as a writer, you need to be conscious of it in constructing your story.

Is there a genre of literature you’d like to write that you haven’t tackled yet?

I would like to try an early chapter book and a series.

THANK YOU for inviting me to chat on your blog, Madelyn.  It’s been a blast!

Thanks, Sarah, for being my guinea pig and answering these questions!