Long, long ago, when the year still began with 19, my friend Chris OBrion gave me my favorite piece of book swag ever: a keychain in the likeness of Squid from Squids Will Be Squids (John Scieszka and Lane Smith). Given Squid’s M.O. to just give up and grumpily go home, I suppose it’s odd that she became an  icon for the success I hoped to someday achieve, but she did. She also became my good luck charm. Sure, she was a little negative, but I pretended she found my manuscripts pleasing. Every time I printed one out and packed it into an over-sized envelope, I brushed Squid’s tentacles over it before sticking it in the mail. These days, I brush her tentacles over my keyboard instead. It’s not as elaborate as Nomar’s batting ritual, but it’s mine.

So what about you? Do you have any good luck charms or rituals before sending off a new manuscript? I’d love to know that Squid is not alone (even if she might prefer it that way). 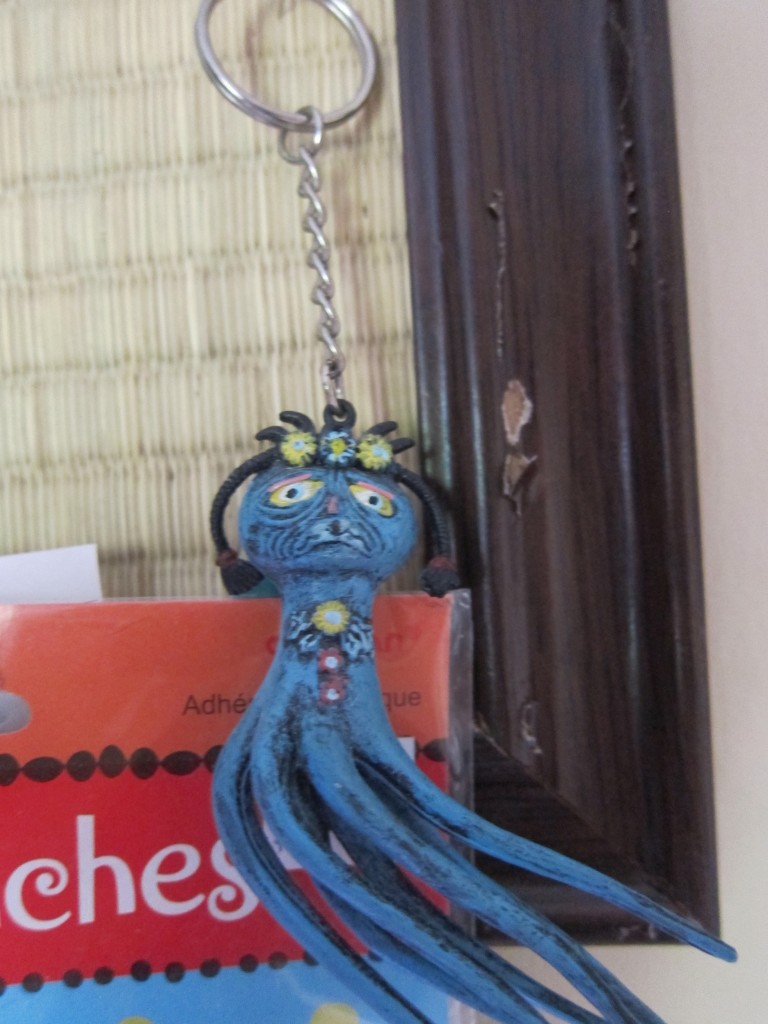 This entry was posted in art, illustration, kidlit. Bookmark the permalink.